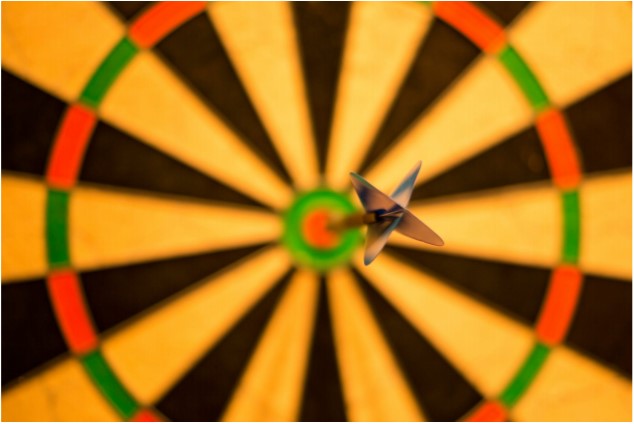 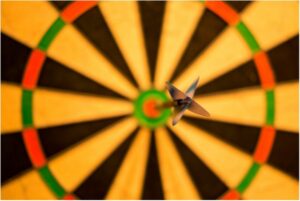 In my experience with finding and funding international deals from fast-fashion inventory to
millions of PPE products, I can tell you that the myriad of moving parts can make deals fall
apart. With more than two decades of deal-making under my belt, I’ve learned the hard way that
big deals can cause big problems if you are not careful. The three biggest problems I’ve had are
juggling too many deals at once, being blinded by the size of a deal, and not forgiving my
mistakes.
To help you navigate these challenges in your deal-making, here are three lessons that have
helped me stay calm and stick to my core values, no matter how much money is at stake. My
integrity always comes first!
Keep your eye on ONE prize
You may have heard the phrase, “Fortune favors the bold.” The first recorded use of this proverb
was from a play in 161 B.C. That was a long time ago, but it is easy to see the truth in this
ancient wisdom. Those who are bold are the ones who often position themselves for success.
When it comes to brokering big deals, many individuals are bold, but that does not translate to
successfully funded transactions. Instead, I would say that fortune favors those who focus.
I have learned the hard way to focus on one deal at a time. When I focused on too many deals
at once, the following occurred:
● I found myself working hard all day with no results to show for it.
● I have made simple mistakes that have blown deals up.
● I ended up not closing deals because I split my attention.
● I tarnished my reputation by taking on deals that I couldn’t close.
● It caused me to pay less attention to a deal that was close to closing.
● I have unintentionally fractured relationships with investors, buyers, and suppliers
because they felt neglected.
Don’t repeat my mistakes. When knee-deep in a deal, no matter how much money you can
potentially make on another deal, don’t let it divide your focus. Stick to the deal currently in your
hands, and you will significantly increase your chances of a successful deal.
Size does not matter
A 100% commission of a dead deal is zero, zilch, nada. It is so easy to get distracted by big
commissions and gigantic deals that promise massive payouts. The more zeros on the
commission line, the more my heart races, but the more I approach with caution. I know it is
tempting and exciting, but closer beware. I have had my heart broken enough times. Size does
not matter if you can’t close the deal! That is why obsessing over possible commission checks
on multiple deals can create a false sense of success and work against you.
Every deal is important, but you need to focus on deals that you have the energy to close!!
The reality is that small or big deals require a significant amount of your time and energy to
close. Closing deals constantly requires constant communications with multiple parties. It can
become overwhelming, extremely stressful, and physically draining. As you build your reputation
as a closer, you need to have experience in fostering your energy and stamina to see deals
through to the end.
I enjoy smaller deals, because they typically are easier to fund, and it gives me a chance to
prove my ability to other brokers. These deals then help me earn trust with buyers and sellers,
which has led to more deals. When you don’t worry about the size and instead see each deal,
regardless of commission, as a way to showcase your energy, integrity, and core values, you
will start to see more work come your way.
Make mistakes in a way that makes you more successful
To err is human, and since humans broker big deals, expect mistakes to happen. When you
recognize that you will sometimes make mistakes, the trick is to frame these mistakes in a way
that shows you are human, humble, and accountable.
When a mistake happens, what do you do? Do you get mad, angry at yourself, blame others, try
to hide it, or do you use it to your advantage?
A mentor of mine told me long ago to take responsibility, uncover the lessons, and gain more
experience as a result. With every mistake and lost deal, I have grown more confident. As you
grow from your experience, you must learn to let negativity go, and channel your energy into
working smarter (not harder) on your next deal.
In conclusion
Every deal is dynamic in its own right. When you mix multiple parties and millions of dollars, all
sorts of things can and will go wrong. But that is how it goes. You won’t close all your deals, and
that’s okay. The more experience you have, not only in funding deals but also losing them, will
give you the grit you need to survive in this business.
When you center your focus on one deal at a time, it allows you to devote more time and energy
to the deal. And don’t get distracted by big commissions. Instead, focus on what positive energy
you can bring each day, to each deal you commit to seeing through. Work it until it either works
or dies. Rinse and repeat. And when you encounter roadblocks due to making mistakes in the
process, see it as an opportunity to learn from them. Remember that brokering big deals are as
much a people business as it is widgets and logistics. People will watch how many deals you
take on, how many deals you close, and how well you respond to adversity.
If you are stuck in a deal rut and want my two cents, you can connect with me on LinkedIn. I’d
love to help you, based on what I have learned, to help you close that deal!