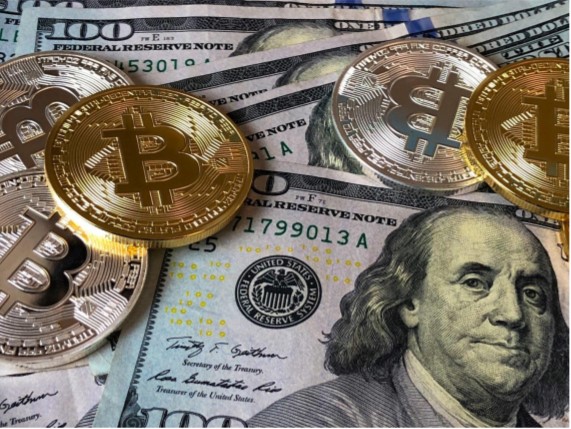 Deep rooted culture creates barriers when it comes to modernizing the oldest industry
in the world. 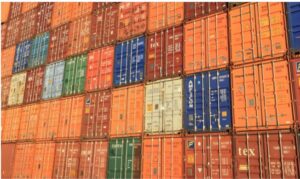 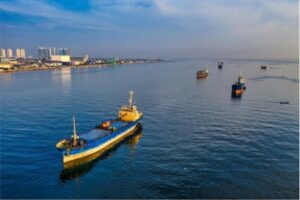 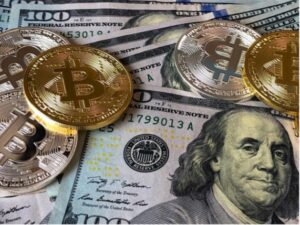 But just because technology is available, does not mean that it will be fully adopted. Take
international trade for example. It would seem that blockchain would solve many of the legacy
and manual processes in selling and shipping containers. To help us better explain why there is
still resistance to this technology within international trade, we reached out to serial
entrepreneur Harari Oshri. With a background in buying and selling containers of fast fashion
excess inventory, Hadari has pivoted to helping hospitals and other organizations source
much-needed medical supplies and PPE from suppliers around the world.
Virtually sitting down with Hadari, I asked her some questions to better understand why there is
still such resistance to adoption of blockchain technology. Hadari shares three factors that she
says explains why.
1. Cultural resistance
Hadari shared that part of the resistance to blockchain when it comes to import and exports is
rooted in the culture of the shipping industry. “Sometimes the deals are closed just because the
partners have been doing business together for many years,” she explained. “Many older
players just don’t seem to be open to change.” She tries to talk with them about the benefits of
blockchain, and how it can help support transactions by building trust. But most are not ready to
listen, or simply stop the conversation saying that it’s just not going to happen.
The idea of digitization for some is a direct threat to the way that they have always done
business. Some fear that it takes the personal elements out of the transactions. Hadari tries to
explain how blockchain could help to build more trusted relationships through transparency.
“Digitalization is already happening in the industry, but mixed with older more
traditional methods, the issue becomes how to ensure that the digitized data is
not only highly secure, but also accessible throughout the whole process,
allowing for existing relationships to strengthen not separate.”
2. Imports and Exports is data driven, with manually inputted data
If you boil it down, there are two parts to global trade. There are the things that move and the
tracking data about those things. Tracking these moving parts for containers that are shipped
globally are traditionally maintained in ledgers. The primary method of maintaining these ledgers
has been a manual process done by humans, documenting on paper, and more recently on
computers.
“Blockchain is a digital decentralized ledger, where multiple transactions are put into a block and
stored across multiple devices,” Hadari explains. “Hence the name blockchain. They are good at
maintaining informational states and if used could help the shipping industry create ledgers that
are more transparent and trustworthy. Over time, if ledger data is entered into the blockchain, it
lessens the chance for human error, making it nearly impossible to create false information.”
“The biggest problem is that the current antiquated system of manually filling out multiple data
points along the supply chain is that it creates a significant risk of human error,” said Hadari. “It
does not have to be malicious, it could just be a mistake. But one mistake could cause a lot of
problems that ripple through the supply chain. Imagine if a human error resulted in shipments
being put on the wrong ships or containers with perishables that sit on a dock so long that they
go rotten.” This is one of the core reasons that she believes that the adoption of blockchain will
improve on existing processes in a number of ways. But even if she got the buyers and sellers
to buy into the idea, there are still the banks to convince.
3. Resistance from banks
Hadari told me that above all else, “This is a cash-in-hand industry.” She shared a story about a
friend who is an independent broker who is bullish on using cryptocurrency, and he suggested
using crypto in some of her trade transactions. She laughed and explained that the guys she
deals with are very adverse to anything other than cash. She sees the lack of understanding in
sellers, buyers, and brokers being a major hurdle to broad adoption of cryptocurrencies
becoming mainstream as a means to pay for trade deals.
To try to get banks on board, Hadari looks for opportunities to point out how the blockchain can
help improve speed of transactions. She talked about the fact that with larger deals, you are
oftentimes transferring money between banks that take multiple days, which leaves the buyers
and sellers monies tied up and vulnerable to unfavorable changes in exchange rates. With the
blockchain and verified transactions, money can be moved much quicker.
She explained that there are also a lot of issues around interbank trust. You can trust your
buyer, but the sellers bank might have issues in completing the funds transfer. The use of
blockchain enables a transparent repository of funds in escrow which can also help build trust.
In conclusion
Using blockchain technology in the imports and exports global industry leads to a higher level of
confidence for all. But that is not enough to convince the industry to change. One of the
challenges for anything driven by technology is to make that technology easy to understand and
use. If it is going to work, Hadari says that blockchain will need to interface with how people are
used to do business in a seamless way. And right now, that is not a reality, at least until there is
a major cultural shift, an understanding how the technology can build trust, and banks that are
willing to deal in cryptocurrency